Why HutEleven? HutEleven’s premise is to decode the complexity of cloud and communication services for schools and businesses. Which got us thinking, what do we use to decode things in our everyday lives? Our brains, Lock and key, a computer…

On a trip to Bletchley Park as part of a Father’s Day trip, it got us thinking and playing around with some really cool parts in history. Who wouldn’t want to spend the day playing Tetris and Space Invaders in the computer museum!? The main part of Bletchley Park is all about the WW11 station and the decoding of the German ‘Enigma code’ (The Bombe
Project).

The Bombe Project began at Bletchley Park in 1940 consisting of just three people. The original ideas of the bombe machine used to decode the settings of the German Enigma cypher machine were thought up by Alan Turing, a Cambridge mathematician.

The first Bombe machine started operation at Bletchley Park in 1940 when the unit was in half of Hut 1, the other half was the sickbay! Hmm… sterile. The entire unit was crammed into 15 feet by 12 feet space, which was, also occasionally used as the dining room and sleeping quarters.

In 1941 the number of bombes increased which lead to even more lack of space. With an increase of staff and bombes, a station at Adstock, near Bletchley Park was opened. At the same time the Bombes from Hut 1 moved to Hut 11. By the end of 1941, there were 16 machines in operation, six of which were operated in Hut 11.

We were so inspired by the team and work that has gone on at Bletchley Park that it felt fit to name our new venture after the place that held the worlds best decoding machine in history!

Should you wish to plan a visit to Bletchley Park we would highly recommend it! Follow the link to check out what they have on and book tickets. https://bletchleypark.org.uk/

Using your Deskphone. Make a call:Dial the number on the keypad and hit the send or call button.OR select a contact or extension from your Web Client, or click to call from a web page, and hit call.The Web Client triggers a call on your deskphone if selected via the...

END_OF_DOCUMENT_TOKEN_TO_BE_REPLACED 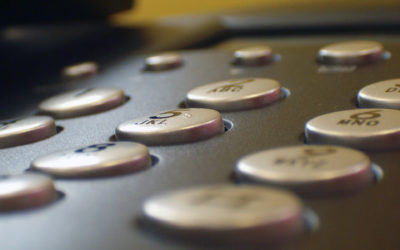 ISDN switch off should I be worried?

END_OF_DOCUMENT_TOKEN_TO_BE_REPLACED

Fibre optic Fibre optic broadband is simply delivered down fibre optic cables, it allows data to be transferred at a much faster rate than copper cables. With Fibre Optic broadband you can expect to see speeds between 20 Mbps to 1 Gbps depending on provider and...